Re-Pensant el Refugi arises from the commitment of a group of ELISAVA students from different design disciplines who traveled to Greece to guide their final degree project. Using design as a tool for social transformation, the students investigated the reality of refugees and how to solve their needs through product design, design engineering and interaction.

The final objective resided in the approach of the figure of the designer, as well as the trajectory and the skills acquired during the degree and its link with social design. During the research and ideation process of each of the projects, the students analyzed the main problems of the refugee camps, squats and reception centers as well as the social problems they must face.

In this way, little by little and with the tutoring of Curro Claret, Pere Llorach and Anaïs Esmerado, projects resulting from the research came out, such as:

AKWA, Paula Itarte‘s project. It is a flexible PVC vest that allows the transport, storage and supply of drinking water. It was designed so that the user can carry the water comfortably over a short distance.

Marina Gandia, created Hararii, emotional comfort for refugees. It is a personal wrap that covers the basic need to maintain the body heat of the migrant or refugee. At the same time, it serves as a mattress, since it has cushions that inflate through the air in the lungs. Its purpose is to guarantee a minimum of comfort and without losing thermal heat in outdoor situations and the cold at night.

Jan Colomer focused on the lack of hygiene in refugee camps or squats as well as anyone without access to tap water. After an investigation into the law and the continuous migrations as well as the rise of far-right parties in Europe, he found a legal loophole to use public water sources in cities as private showers. This is how Acceso a lo Denegado emerged, a portable shower that anyone could use with the public tap water fountains that we found in the middle of the street.

Canvas, by Eva Porcuna, created a project where she distances herself as far as possible from the western imposition of white feminism. It is an occupational initiative born from the need to empower women who have been detained and have become invisible in European cities that host refugees. At the same time, the use of textile waste, abundant in Athenian squats, is promoted.

SAVE, by Sílvia Sans. It is a table designed to facilitate the work of recycling and thus help refugees to put it to use. The final proposal is to create a workbench that contains the necessary tools for the transformation of PET plastic beverage bottles into raw material for the creation of new objects. SAVE is an open source design, which will be manufactured by hand and future users will be responsible for building it.

Júlia Ciurana gave life to ÿannat al-mawa, which means Shelter Garden. In it, a self-sufficient therapeutic garden was created, assembled from the waste found on the street. In this way, it was reused and at the same time they produced new foods and fruits in order to produce fresh food, one of the main deficiencies in the diet of the refugees.

Human Flag, by Clara Vituri, is a project that proposes the co-creation of a collective, changing and global flag based on the questioning of issues related to identity, integration, migration and well-being. The objective is to promote critical thinking towards a current and future problem. The project is formalized in an interactive and gamified installation in which the user is invited to contribute to the creation of the flag by answering a series of questions. In turn, these are translated into graphic forms that are projected on a white flag. The set of individual flags resulting from the participation of each of the users makes up this global, inclusive and interactive flag that serves as a blank canvas for the projection and expression of different opinions.

Students of Design and Engineering in Industrial Design from ELISAVA, School of Design of Barcelona

A special thanks to 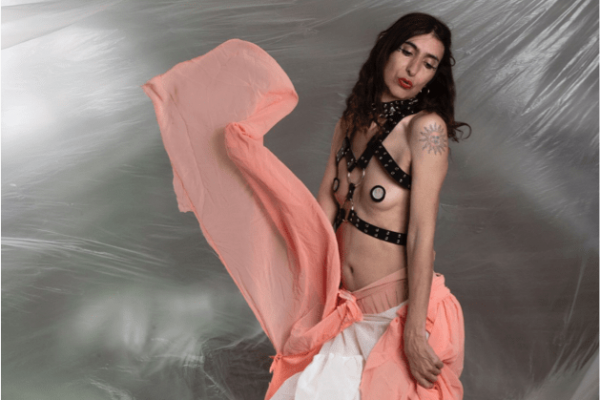 La Caracola, a self-managed space in the heart of Raval, Barcelona

The space, located in the Raval, has given shelter to numerous families and migrants in situations of extreme vulnerability. During the pandemic, it has been a nerve center for help and mutual support in the neighborhood 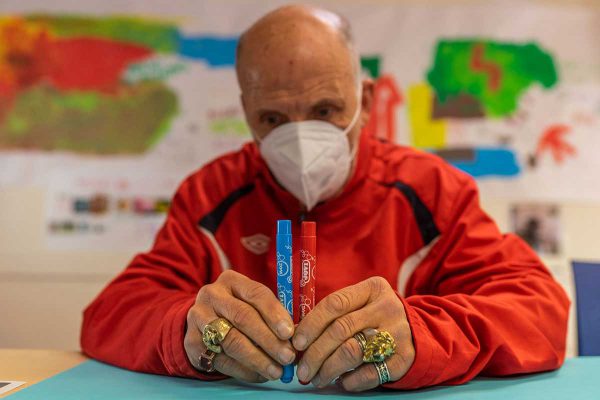 The Grup TEB Cooperativa is an association that promotes the employment of those with a cognitive disability. Disseny per a la Inclusió together with TEB Sant Andreu with design students from ESDAP Catalunya on the occasion of a co-creative project. 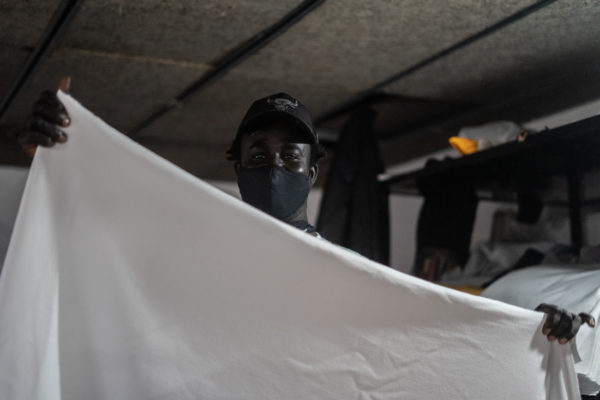